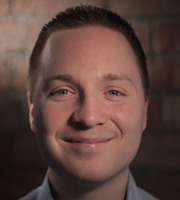 Originally from Stevenage, Jason moved to Derby in 2007 to attend the University. Throughout the past few years here he has been introduced to a mass of cultural and artistic influences that have moulded his current work. His strongest influences include Stan Brakhage, Chris Parks, Maya Derren and Darren Aronofsky among others, to whom he reflects upon within his work. Having worked as a freelance cameraman/ editor and D.O.P while at university and in the years after graduating, he has gained a wide range of skills to be able to produce, shoot and edit anything from avant garde to narrative, corporate to personal.

Along with this he has already had work shown internationally at a number of different events/ festivals. His Degree piece Aqueous Duende, made on a budget of £50, filmed alone and edited with the help of Emma Gillespie and Doug Smith, with music from composer Paul Lord has already been shown at festivals in London, Glastonbury, Perth, Sand Diego, Derby & Nottingham, along with many other events across the UK. With all of Jason’s work, he aims to show that beautiful, moving and thought provoking work can be made by anyone, no matter what his or her background.

All of Jason’s video art work, such as internationally respected Aqueous Duende, Flourish, Power and Rising can be found by viewing Jason’s YouTube Account.